Industry News » Seedless lychee on the menu? China’s scientists are making it happen 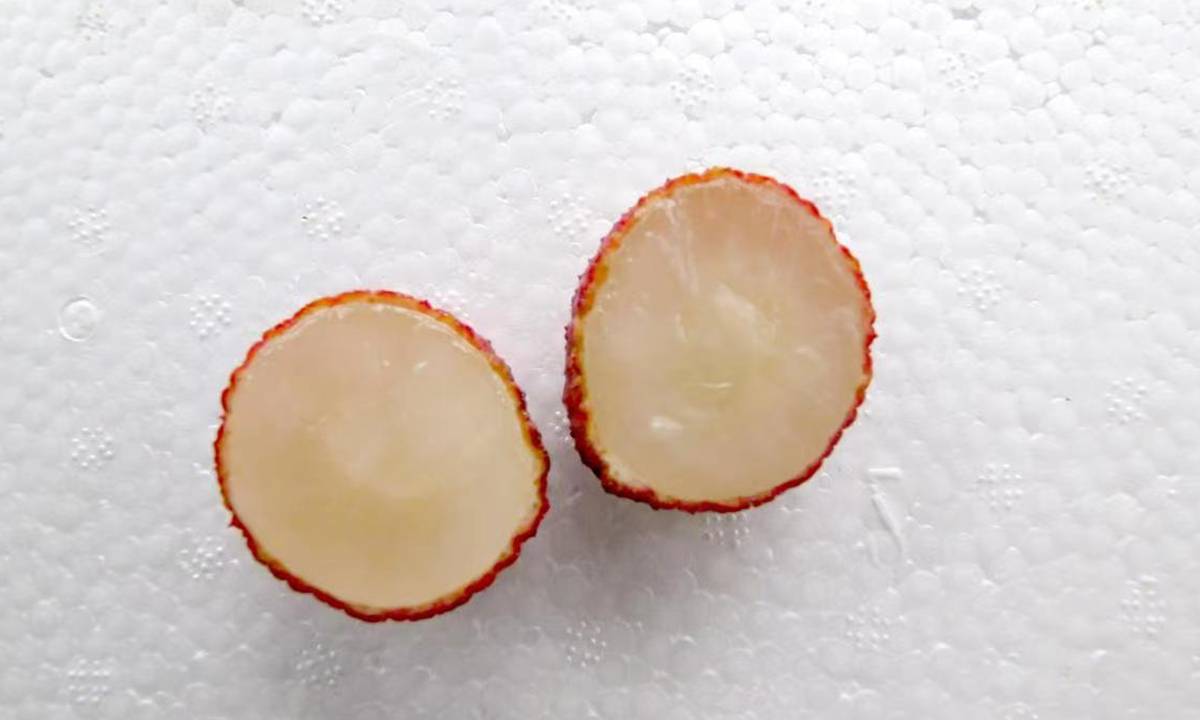 Lychee and longan experts at the Chinese Academy of Tropical Agricultural Sciences have recently revealed that they have solved planting conundrums for unique lychee species that mainly grows in South China's Hainan Province. What sets this species apart is that it has no seeds at all.The news indicates that with an increase in production of these seedless lychees, the fruit delicacy is more likely to become a common sight at the dinner table. Gao Zhaoyin, leading expert on the research team, told the Global Times that there are two seedless lychee varieties - the A4 and Nandao - that are unique to China. Though the first seedless lychee was bred in 1997, planting and growing more remained a challenging task for scientists, which resulted in the public ignoring the new fruit due to its rarity and high prices.  Seedless lychees often come in pairs, with 24 pairs sold in cartons for nearly 600 yuan ($90). Gao explained to the Global Times that the team has solved two main planting problems. The first was breeding varieties with more stable flower formation to better allow the formation of fruit. The second was altering the thickness of the fruit's stem and skin, which prevents it from dropping too quickly from the tree after ripening.  "Adjusting the skin was like tailoring a new jacket for the fruit based on analyzing its growth characteristics and patterns. This helps increase production," Gao noted.   In the worst case scenario, "prematurely" fallen fruit can reduce a fruit orchard's income by 90 percent. Following the resolution of these planting issues, researchers have established a demonstration base in Chengmai county, Hainan Province, that focuses on nurturing seedless lychee. Currently, the price of the new fruit has dropped to around 100 yuan a kilogram. Gao told the Global Times that compared to standard lychee species, the seedless variety has a transparent pulp that tastes sweet with a slight hint of sourness. It also has a distinctive aroma with a touch of an alcohol scent. The newly emerged lychee species has fans on China's Twitter-like Sina Weibo bubbling, with many leaving comments calling it "good news for lazy people.""I sense that seedless longan and loquat fruits are on the way," posted a netizen on Sina Weibo.  "I can't imagine how overjoyed the legendary Lady Yang would be if she were still alive today and heard this news," posted another. Lady Yang, also known as the most favored concubine of Emperor Xuanzong in the Tang Dynasty (618-907), was known for her love of lychee fruit. Gao told the Global Times that the new variety needs another two years to become more common in the market. As production increases, local bases in Hainan will be increased and eventually production will be expanded to different provinces across the country. Beside the seedless lychee, Gao revealed to the Global Times that the team is undertaking a new research project for another lychee variety whose biggest selling point is its size and honey-like aroma. Gao noted that lychee agriculture has always been China's specialty, as more than 90 percent of the fruit sold across the globe is exported from China. Besides Hainan Province, China's Guangdong Province and the Guangxi Zhuang Autonomous Region are also considered the fruit's "hometown." And Lingshan county in Guangxi has been known for the fruit since the Tang Dynasty.