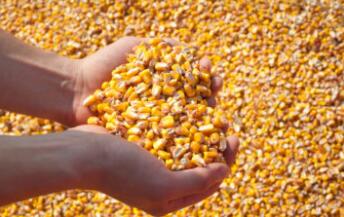 European maize market in 2022: quality seed trends and supplyAutumn plantings are drawing to a close, in Europe. Rapeseed areas (for the 2022 harvest) have gone up again in most European production countries, as oilseeds benefit from the attractive prices and planting conditions, which have been satisfactory worldwide. On the other hand, soft winter wheat plantings will remain unchanged and may even drop slightly. As to the spring of 2022, maize plantings should remain unchanged throughout Europe, due to good price prospects on the grain maize market and high yields in most production countries (except for Hungary, Serbia, and Croatia). However, trends should be rather mixed in the various production regions, given the rapeseed area increase in the autumn of 2021 and the sudden leap in fertilizer prices. By contrast, EU feed maize areas are expected down, as feed stocks have already been rebuilt satisfactorily in the main production countries and biogas markets may be impacted by Germany’s regulatory changes. Outside the EU, Russia should see a sharp decline in its winter wheat plantings (impacted by export taxes), which should free up land for more maize hectarage next spring. In Ukraine, on the other hand, sunflower is expected to be a strong competitor; as a result, the country’s maize area should – at best – remain unchanged.Area planted to seeds that supply the above markets reached a record 304 000 hectares in 2021, for the 2022 marketing year (up 15 percent from 2020). France remains Europe’s first seed maize producer, with 85 000 hectares (up 6 percent), followed by Ukraine (44 000 hectares, up 46 percent), Romania (35 000 hectares, up 13 percent), and Hungary (31 000 hectares, up 13 percent). As to yields, they should continue to meet expectations in France; they should be higher than expected in Ukraine, yet lower in Hungary and Romania, as a result of unfavourable weather. Domestic production levels are also estimated down in Russia (around 31 000 hectares) and Turkey (around 17 000 hectares). Overall, the crops’ quality will meet the objectives and the available supply of seeds should be enough for the various markets.Market Fundamentals Remain SolidMarket fundamentals remain solid and justify the current price levels, especially since the situation is equally tense on the world wheat market.Indeed, despite the record or almost record maize harvests in the major exporting countries in the northern hemisphere – the U.S. (with 382 000 tons – the second best harvest) and Ukraine (38-40 000 tons – a new production record), world demand remains highly dynamic, limiting stock rebuilding. Thus in the U.S., ethanol production (which absorbs almost 40 percent of the U.S. corn production) has exceeded its average level over the past few weeks, after having largely gone down in 2020, in the wake of the pandemic. Moreover, the recent rise in oil prices guarantees good margins to processors.World demand also remains very strong, to the point where maize may outpace wheat and become the first cereal crop traded worldwide, in 2021/22, with 200 000 t. This is largely the result of China’s appetite for this cereal since 2020/21, after its domestic hog production restructuring. China had thus suddenly become the world’s first maize importer (26 000 tons). While its buying frenzy seems to have slowed down during the running season, China has nevertheless signed contracts for the purchase of nearly 18 000 tons of maize and seems to have resumed its buying activity in November, due to a freight drop that has rendered imported maize more competitive than domestic maize, in some areas.Operators also continue to follow Latin American developments closely. Brazil and Argentina will plant record corn areas, and current weather seems generally favourable in both countries. Their harvests will be the first to arrive on the world market in 2022 (in March-June) and save for unexpected weather events, they will slacken the current price levels. In the opposite case, the tension should continue on the maize market.Volatility Is Back, Prices Trend UpwardsDespite the solid market fundamentals, there are some clouds on the horizon.First, the emergence of the Omicron Covid variant, spreading panic on the markets – including the maize one – and fuelling a strong rebound of world prices, already noted over the past few months. The volatility will stay for as long as the Omicron-related fears continue.The scenario is similar for the production costs (expected up), especially those of nitrogen-based fertilizers.  Indeed, the Covid-triggered freight increases and the sharp rise in gas prices over the past months (the latter being the main production cost of nitrogen fertilisers) have caused fertiliser – and particularly, nitrogen costs – to increase significantly (up almost three times compared to the same time last year!). On the other hand, the supply, too, is problematic, because of countries limiting their exports – especially China, one of the world’s main fertilizer exporters –, whose primary concern is to supply its domestic market. Production costs should therefore surge in 2022 – which in turn may cause areas to drop, next spring, in regions such as the Corn Belt, where the producers will have to decide between soybeans (for its nitrogen-fixing ability) and maize, whose prices remain attractive.